It’s been a long time coming, but we’re now able to share our release schedule for v3.0 of Jetpack CRM:

We’ll be opening up the release candidate versions for our bundle holders first, who’ll be able to get it from the ‘Beta’ page on the Jetpack CRM portal. If you’ve not purchased a bundle (or your license has expired) you can grab a new license here.

We’ve crammed so much into our v3 release. From invoice tax items to system wide data storage improvements. v3 brings with it a lot more power under the hood.

The biggest change is that we’ve rewritten the whole database layer, which comes with a number of knock-on benefits. Here’s a summary of the improvements you’ll see with v3.0, all of which are included in Release Candidate 1:

How to give feedback

Feedback and bug reports the usual way via the help desk. When submitting any tickets about the v3.0 release candidate please start the subject with “Jetpack v3: Possible bug: [xyz]”. As always please follow our guide on how to report bugs.

While we value all feature requests, the aim of the v3.0 release candidate is not to gather additional feature requests – if you were expecting a particular feature in v3.0 and it’s not there, then please open a support ticket and lead with the subject “Jetpack v3: Feature not working as expected / Feature not there”.

We’ll also be making a specific v3.0 RC channel in the Jetpack CRM community where you can directly ping us if you’re unsure of anything and want to chat directly about any of the changes in v3.0.

We don’t expect to hit any gigantic issues with RC1, but in preparation for any unpredictable calamities, we’re reserving this slot for any big fixes that may need re-testing with a new core version. All being well, we’ll skip this release and be able to proceed directly to….. 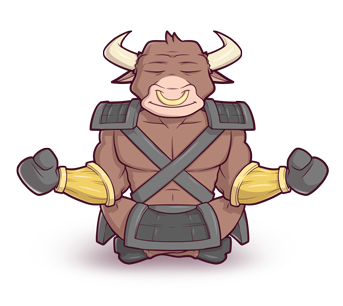 Once we’ve given our bundle-holders a chance to take a look through v3 and give feedback and let us know about any glaring bugs, we’ll be releasing the plugin to the general public via the WordPress.org repository.

We’re hugely excited to be approaching this public release and thank everyone who has been loyal customers throughout the release (and any associated delays).

Here’s where it all starts to pay off. Once we’ve got v3.0 out and stable in the community, we’re going to rewrite the API to fully include all of the actions that v3.0 allows for your Contacts, Companies, Quotes, Invoices, Transactions, Forms, and Tasks/Events.

We’ve also got a handful of other fixes and improvements we’ve charted for future versions, so we look forward to delivering these following version 3.0’s release.

v3.0+ Return of the Product Update

It’s been a very busy year. As a result of the acquisition and other developments we’ve had to pause our monthly product update posts. After v3.0 is with you, we look forward to bringing these back in force!